Does China Really Want to Fight Over the South China Sea? Maybe Not 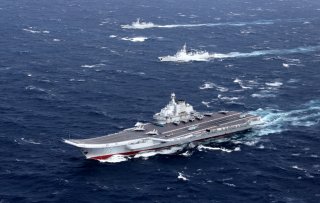 Here's What You Need to Remember: Strategists in the United States, its allies, and its friends should respond to Chinese deeds far differently if the problem is a lightning bug as opposed to a lightning strike. Mistake one for the other and you’re apt to overreact, underreact or mis-react (if that’s a word).

This article first appeared a few years ago and is being reprinted due to reader interest.