Does History Ignore Some of World War I's Most Important Lessons? 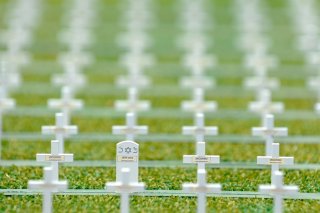 Here's What You Need to Remember: False lessons of history could beget bad decisions in the here and now, while wise lessons bolster our chances to excel. History isn’t just of antiquarian interest. It’s essential to executing foreign policy and strategy well.

November 11, 2018—the eleventh hour of the eleventh day of the eleventh month—marked the centennial of the armistice concluding the First World War. Your humble correspondent traveled to Kansas City, Missouri, to offer remarks as part of “1918: Crucible of Conflict,” the centennial symposium at the National World War I Museum and Memorial. After two days of listening to learned commentators hold forth about sundry dimensions of the war, the armistice, and the interregnum between the world wars, it’s clear the Great War still casts a long cultural shadow.

False lessons of history could beget bad decisions in the here and now, while wise lessons bolster our chances to excel. History isn’t just of antiquarian interest. It’s essential to executing foreign policy and strategy well.