Does Iran Have Anti-Satellite Missiles? 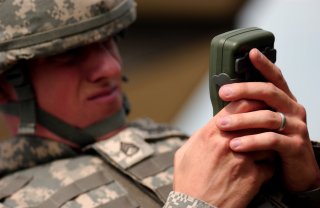 Here's What You Need to Remember: Iran’s capabilities in space are most effective in denying the space sphere to adversaries, rather than actually controlling it themselves. In 2011, Iran was able to capture an American drone by jamming the drone’s GPS signal and spoofing another GPS signal.

After the targeted killing of Iranian General Qassem Soleimani, Iran flexed a bit of its ballistic missile muscle in retaliation, striking several bases in Iraq that housed U.S. troops. Striking a target just across a national border is relatively easy. What is much harder, however, is striking an adversary’s satellites. Could Iran do it?

Challenges aside, could Iran knock out the United State’s satellites? A Defense Intelligence Agency report acknowledgedIran’s desire to shape the space battlefield. "Iran recognizes the strategic value of space and counterspace capabilities and will attempt to deny an adversary use of space during a conflict.”