Does Iran Have Its Own Version of the S-300 Air Defense System? 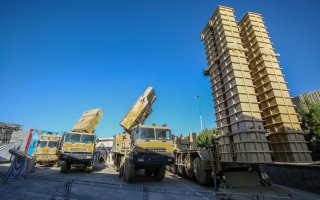 Here's What You Need to Know: Like the S-300, a Bavar-373 battery incorporates over a half-dozen off-road capable trucks.

On August 22, 2019, Iran unveiled to much fanfare its Bavar-373 mobile long-range air defense system in a Defense Industry Day event attended by President Hassan Rouhani. In a speech, he elucidated at length on the rationale behind the weapon’s nomenclature by comparing it to Russian surface-to-air missiles.