Does Low Interest Rates Really Mean America (And Trump) Can Forget About Deficits? 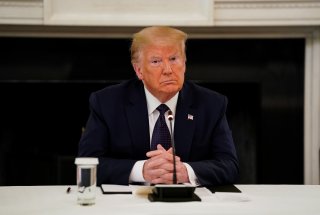 A dangerous idea seems to have gained wide currency in both academic and economic policymaking circles. It is the notion that in a world of low interest rates, governments should not feel themselves constrained in their public spending decisions by budget deficit considerations. This idea risks taking many countries further down the path toward unsustainable public finances that in the end could lead to economically disruptive government debt crises.

Here is the basic argument of those who suggest that low interest rates should give governments license to increase public spending at will: In a world of low interest rates, a country’s real economic growth rate would likely exceed the government’s after-inflation adjusted borrowing costs. That in turn, it is argued, would allow countries to grow their way out of any public debt problem.

The key factor overlooked by proponents of increased public spending is that a country’s future public debt burden is not simply determined by the country’s economic growth rate and by its government’s borrowing cost. Rather, it is also determined in an important way by the government’s primary budget balance (that is, its budget balance after interest payments have been excluded). Even if a country’s government can borrow at a low inflation-adjusted interest rate relative to the country’s economic growth rate, it can still have its public debt-to-GDP ratio on an ever-increasing path if it has a high primary budget deficit.

An arithmetical example not too far from the current US situation might illustrate the point. If a country’s public debt-to-GDP ratio was 100 percent and if its real economic growth rate exceeded its real borrowing rate by 1 percent, the country would need to have a primary budget deficit of no more than 1 percent of GDP if the country’s debt-to-GDP ratio were to stabilize at 100 percent. However, if it had a primary budget deficit of say 5 percent of GDP, its public debt-to-GDP ratio would rise to 104 percent after one year, 108 percent after two years and keep on rising thereafter for evermore.

As Herbert Stein might have put it, when something is unsustainable it will at some point come to an end. In the case of the US, an unsustainable public debt situation might come to an end in the form of a dollar crisis. It would do so as foreigners came to fear that the US would in the end try to inflate itself way out from under its public debt mountain by money printing. That in turn would make foreigners wary of lending to the US government.

In the case of a country like Italy, an unsustainable public debt situation could come to an end in the form of a sovereign debt crisis that might require Italy to restructure its public debt. It would do so as the Italian government found that it could not borrow the Euros to finance its budget deficit and to rollover its maturing debt obligations at a reasonable interest rate.

All of this is not to say that it was a mistake for countries to substantially increase public spending to support their ailing economies during this coronavirus-induced economic crisis. However, it is to say that when doing so, governments would ignore the longer-run consequences of their budget largesse at their peril.