Does Russia Have Any Chance Against NATO’s Stealth Fighters? 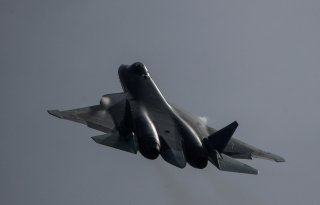 Here's What You Need To Remember: Russian officials say that serial production of the Su-57 isn’t needed yet because fourth-generation fighters are still capable, while Western observers point to the Russian aerospace industry’s perennial problem with producing reliable jet engines. But the fact remains that the Su-57 costs at least $40 million apiece, less than half the price of an F-35, but too much for an economy that’s less than one-tenth the size of America’s.

Michael Peck is a contributing writer for the National Interest. He can be found on Twitter and Facebook. This first appeared in August 2019.