Does Senator Ed Markey Understand How the Internet Works? 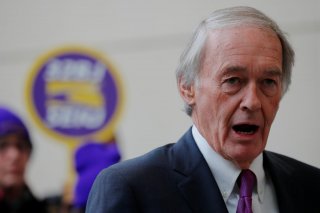 Amidst the turmoil created by the COVID-19 pandemic, Sen. Ed Markey (D-MA) has unearthed an insidious new threat to Americans: corporations giving away free services to help people through quarantine. Last week, Markey and two colleagues demanded that AT&T start charging subscribers for the data they use when streaming HBO Max, which the wireless company currently provides for free (a practice known as “zero-rating”). Sen. Markey claims that AT&T’s practice violates its commitment to net neutrality, harms consumers, and stifles competition.

He is wrong on all three counts.

Sen. Markey suggests that by not counting HBO Max data against a subscriber’s monthly data plan, AT&T is violating its commitment to the Federal Communications Commission’s (FCC) now-defunct net neutrality rules. The Verge repeated this allegation, stating that the FCC rules “prohibited companies from . . . giving their own data streams preferential treatment.” But this is incorrect. The 2015 Open Internet Order prohibited carriers from blocking or throttling internet content and from prioritizing delivery of some content over others for a fee. Zero-rating involves none of these things. Indeed, the Open Internet Order expressly refused several advocates’ requests to ban zero-rating, preferring instead to assess such practices on a case-by-case basis under the general conduct standard. As Markey notes, the FCC investigated whether certain carriers’ zero-rating policies violated that standard, but during the three years the Open Internet rules were in effect, the FCC never found that any carrier had violated the order.

Zero-rating does not harm consumers

Markey’s letter goes on to state that AT&T’s promotion “harms consumers.” This likely comes as a surprise to AT&T customers. Subscribers normally receive a certain amount of data from the carrier each month for a fee. But with zero-rating, AT&T subscribers receive the same amount of data, plus unlimited HBO Max, for the same price. It is difficult to argue that consumers are somehow harmed when a company enhances consumers’ purchasing power by offering them additional content at no extra charge. Around the world, zero-rating practices such as the Wikipedia Zero and Facebook’s Free Basics projects have helped bring stripped-down internet content to low-income consumers in developing countries. And in the US, T-Mobile’s “Music Freedom” and “Binge On” promotions, which zero-rated music and streaming video, respectively, helped the company steal market share from market leaders AT&T and Verizon.

Zero-rating does not stifle competition

As the T-Mobile example shows, zero-rating can enhance competition among wireless carriers by enhancing consumer choice. T-Mobile’s “Music Freedom” attracted music lovers who were underserved by traditional wireless plans, helping the company earn a reputation as the disruptive “uncarrier.” Today, many carriers are differentiating their offerings by partnering with content providers in creative ways. Subscribers to Verizon’s new Unlimited plans receive a year of both Apple Music and Disney Plus for free. This built on an earlier Verizon Fios promotion that included a year of Netflix for free. AT&T’s zero-rating of HBO Max content offers a different way of achieving the same end: attracting wireless customers with the lure of a discount on popular content.

These bundling opportunities can also enhance competition among streaming services. HBO Max is a relatively new product, attempting to gain market share in an increasingly crowded market for streaming services. By offering the product at a discount to AT&T customers, HBO Max can increase its profile and attract customers. This is precisely why Disney partnered with Verizon when launching Disney Plus: Disney executives estimated that tapping Verizon’s customer base would lead to a 50 million subscriber boost, helping it get an early jump on streaming market leader Netflix.

Admittedly, there are circumstances where bundling can have anticompetitive effects. This is Sen. Markey’s primary concern: If AT&T customers can stream HBO Max for free but must pay to stream Disney Plus, this gives HBO Max an “unfair” advantage over its rivals. But Markey’s analysis is facile. After all, one can say that the Verizon-Disney Plus bundle has a similar effect: Verizon customers can stream Disney Plus for free but must pay to stream HBO Max, giving Disney Plus a similar advantage. Yet Markey never condemned Verizon, though from a customer’s perspective, the only difference is the label on the discount (free membership or free data). Anticompetitive effects occur primarily where the carrier uses market power to harm rivals in an adjacent market. But AT&T lacks market power in our competitive wireless marketplace, and the marginal additional cost of data is likely insufficient to constitute “harm” in the streaming video market.

Net neutrality opponents have long claimed that the movement is not really about protecting consumers, but edge providers. Markey’s letter validates that critique. During the present pandemic, free video is a blessing to consumers which we should encourage rather than prohibit.

This article by Daniel Lyons first appeared in AEIdeas on June 17, 2020.