Does Taiwan Stand a Chance Against a Chinese Invasion? 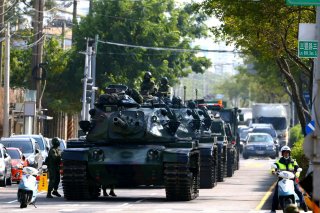 Here's What You Need to Remember: Taiwan’s military must be able to survive the initial wave of PLA strikes against the country’s critical assets and infrastructure, retaining the ability to counterattack following the initial PLA assault.

Mark Episkopos is a national security reporter for The National Interest. This article is being reprinted due to reader interest.