Does the U.S. Air Force Have a Bomber Problem? 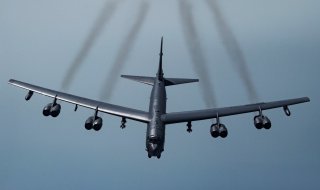 Here's What You Need To Remember: Halting the bomber rotation “now sends the opposite message, just as the region grows more dangerous,” Stutzriem and Birkey added. “This is a decision with significant risk, yet it is an outcome compelled by past choices resulting in a bomber force on the edge.”

David Axe is defense editor at The National Interest. He is the author of the graphic novels War Fix, War Is Boring and Machete Squad. This article appeared earlier this year.