Does the U.S. Air Force Have an F-22 Stealth Shortage? 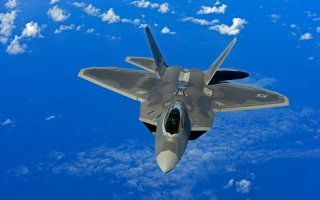 Here's What You Need to Know: Air Combat Command is working on ways to keep the Raptor relevant into the 2030s and beyond to the end of its service life in the 2060s.

Dave Majumdar served as the defense editor for The National Interest. You can follow him on Twitter: @davemajumdar.

Why China's J-20 Stealth Fighter Is Still a Legit Threat