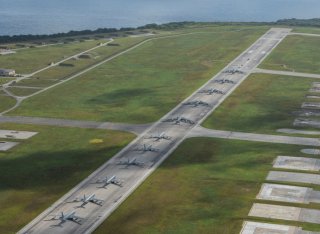 Here's What You Need to Remember: As both services will need to invest most of their limited resources to defend against uniquely military threats—enemy combat aircraft, cruise missiles, mortars, and rockets—leveraging the USBP’s investment in existing and proven autonomous surveillance could be a prudent solution and a fiscally responsible course of action.

Dan Gouré, Ph.D., is a vice president at the public-policy research think tank Lexington Institute. Gouré has a background in the public sector and U.S. federal government, most recently serving as a member of the 2001 Department of Defense Transition Team. You can follow him on Twitter at @dgoure and the Lexington Institute @LexNextDC. This article first appeared last year and is being republished due to reader interest.