Don’t Look Now: Social Security Could Be Disappearing Before Our Eyes 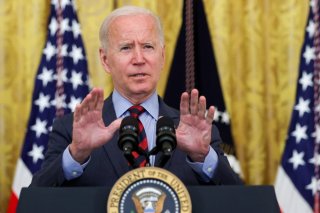 One of the key appeals of Social Security, which has been around since the Roosevelt administration, has always been that everyone is eligible for it. It has long assisted the poor in their older age.

A recent op-ed looked at the role Social Security can play in alleviating economic inequality—through the ends of the old TV show MacGyver.

Geoffrey Sanzenbacher referenced that show, in which the hero would improvise weapons and get creative with disabling bombs, in an op-ed published by The Hill.

“Time and time again, MacGyver would wait until the very last second to stave off disaster. With one second left on the clock, he would wiggle a wire, preventing some giant explosion,” Sanzenbacher wrote. “You know, sort of like how the U.S. treats the Social Security Trust Fund. The last amendments to the program to ensure its solvency were passed in April 1983, three months before its Trust Fund was to run out.”

Sanzenbacher cited recent reports, which said that the Social Security Trust Fund risks depletion by 2034 if nothing is changed, which would likely cause an instant drop in benefits. But that’s not the only problem.

“It also has implications for an issue that has been gaining attention in the wake of COVID-19—the racial wealth gap,” Sanzenbacher claimed. He noted that, per the Federal Reserve, the median Black household now has 15 percent of the wealth of the median white one. Then he went on to cite his own research.

“Our calculations focused on the wealth of people ages 51–56, i.e., approaching retirement. Excluding Social Security, the typical Black household had $24,300 wealth, with $176,900 for the typical White household,” he wrote. “That ratio of 14 percent was similar to other survey-based measures. When we add Social Security, those same numbers become $172,000 and $377,800 for Black households and white ones, respectively. That 14 percent Black-to-white ratio? It increases to 46 percent. That’s over a three-fold increase—but 46 percent is still not good.”

He also discussed the generally even distribution of Social Security.

“The reason for this increase in relative wealth is that Social Security is fairly equally distributed, for two reasons. First, Social Security is nearly universal for employed people. By comparison, employer-sponsored plans are less available for Black workers. Second, Social Security benefits are progressive, i.e., the program replaces a larger share of lower-income people’s income. Since Black households still make less than 60 percent of what white households make, this feature of Social Security reduces inequality. This progressivity stands in contrast to 401(k)-type retirement plans. In these voluntary plans, higher-income people are more likely to be able to afford to contribute, meaning these plans can exaggerate income inequality.”