Don’t Qualify for the Child Tax Credit? You Could Still Get $500 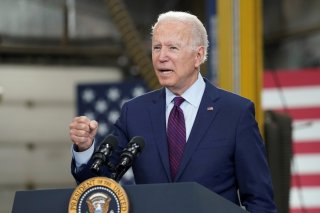 Here's What You Need to Remember: Parents may be eligible for a $500 Credit for Other Dependents for each child that doesn’t qualify for the enhanced child tax credit. This can consist of dependents ages seventeen and up, dependent parents or other older adults.

President Joe Biden’s $1.9 trillion American Rescue Plan provided eligible parents with enhanced child tax credits that could be as much as $3,600 per child.

The relief package boosted the child tax credit from $2,000 to $3,000 for each child between the ages of six to 17 and allowed eligible families to receive $3,600 for each child under the age of six.

Families also have the option to receive the money in a lump sum next year rather than in the form of monthly payments. Roughly one million households have done this, according to the IRS.

And while parents of dependents over seventeen years of age might not qualify for the expanded child tax credit, they may be eligible for another tax credit when they file their taxes next year.

The age limits are determined by the age of the dependent at the end of a fiscal year, so if a child turns 18 before January 1, 2022, they will not qualify for the 2021 child tax credit.

Parents may be eligible for a $500 Credit for Other Dependents for each child that doesn’t qualify for the enhanced child tax credit. This can consist of dependents ages seventeen and up, dependent parents or other older adults.

Dependents between the ages of nineteen and twenty-four and are full-time college students also qualify for the $500 boost.

Biden’s rescue package also made millions of low-income families eligible to receive the credit since it’s fully refundable. In the past, the credit was only partially refundable, making many low-income families unable to receive the money. This will reach nearly 27 million children, which represents almost half of the Black and Latino children who have not received the credit previously, the Center on Budget and Policy Priorities reported.