Donald Is Not Happy: Why 2022 Could Be Bad News for the GOP 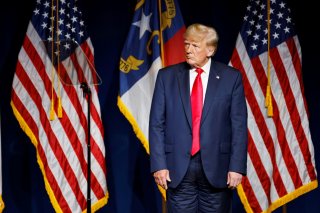 Here's What You Need to Remember: Prominent members of the GOP have also ignited efforts to rally support for Republican candidates ahead of the midterm elections, including former Secretary of State Mike Pompeo, former Vice President Mike Pence, and former U.S. ambassador to the United Nations Nikki Haley.

The Democratic National Committee (DNC) towered over its Republican counterpart for May fundraising, indicating an intense political fight as the 2022 midterms are approaching.

The DNC raked in more than $12.1 million in May, according to the committee’s SEC filing, reaching its highest off-year May fundraising ever. The Republican National Committee (RNC) hauled in roughly $11.1 million, which marks the committee’s best fundraising total for the May following a presidential election year. The findings were first reported by The Hill.

Although the DNC outraised the RNC last month, the DNC reportedly has a lower amount of cash on hand.

A spokesperson for the DNC told The Hill that the committee has $59 million in its bank account, which is still the highest that the amount has reached this year. Meanwhile, the RNC has $78.8 million cash on hand, a figure that jumped at the end of former President Donald Trump’s White House term when the Trump administration launched efforts to fight the 2020 presidential election results.

Ever since Trump’s presidential term ended, he has vowed to boost his commitment to regaining both the House and Senate in next year’s elections. The former president has announced that he’ll stand behind candidates who have remained loyal to him and his administration’s agenda, but GOP lawmakers like Senate Minority Leader Mitch McConnell (R-KY) who have distanced themselves from Trump will not receive his support.

Gingrich noted that the agenda won’t debut until the 2022 midterm elections get closer since “the world keeps changing and evolving.”

“Policy talks are still in their infancy and it’s premature to project exactly what this will look like, who all will be participating in the effort and when something may be released,” a Trump spokesperson said.

Other prominent members of the GOP have also ignited efforts to rally support for Republican candidates ahead of the midterm elections, including former Secretary of State Mike Pompeo, former Vice President Mike Pence, and former U.S. ambassador to the United Nations Nikki Haley. The trio has separately formed committees and declared their commitment to next year’s election by traveling to key states for speeches and fundraisers.