Donald Trump Is Wrong: Foreign Students Are No Threat 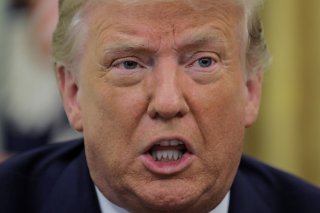 Last week, Immigration and Customs Enforcement (ICE) announced that it will terminate the visas of foreign students enrolled at U.S. universities that do not offer in‐​person classes. Prior to the COVID-19 emergency, ICE required foreigners on F-1 student visas to be enrolled in a “full course of study” at a U.S. school where online classes could not account for more than a quarter of the total required courses.

On March 13, 2020, ICE responded to the COVID-19 pandemic by allowing foreigners on student visas to temporarily count all online classes toward a full course of study. This change in the rules was supposed to last for the “duration of the [COVID-19] emergency” according to ICE. On July 6, ICE rescinded the temporary emergency policy for foreign student even though they haven’t suspended the other so‐​called temporary immigration policy changes associated with the COVID-19 emergency, such as a near‐​total ban on immigration. See David Bier’s blog post for a clear description of the rule, how it was changed, and how it’s changing back.

In response to the rule change on July 6th, over 200 universities are suing ICE. In response, ICE filed a brief that laid out of the government’s defenses and justifications. Most of ICE’s defense are uninteresting legal claims amounting to “we can do what we want,” but a few passages caught my attention. ICE claims that national security is jeopardized by allowing foreign students to attend online classes. Their brief reads:

A solely online program of study provides a nonimmigrant student with enormous flexibility to be present anywhere in the United States for up to an entire academic term, whether that location has been reported to the government, which raises significant national security concerns.

Over the past two decades, Congress has repeatedly stressed the importance of monitoring nonimmigrant students noting national security concerns.

Of those 21 foreign‐​born terrorists who entered on student visas, only three managed to kill people in terrorist attacks on U.S. soil. Hani Hanjour was a 9/11 hijacker and is responsible for 156.8 murders (his share of the victims from those attacks). Eyad Ismoil and Rashid Najib Baz each murdered one person in attacks in 1993 and 1994, respectively. Hanjour is responsible for 98.7 percent of all the people murdered by terrorists who entered on student visas from 1975–2017. All three were motivated by Islamism.

The terrorist threat from foreign‐​born students is small. Furthermore, a regulation requiring them to take more classes in person rather than online won’t prevent a determined terrorist from committing an attack. If the goal of the rule is to keep track of students, there are cheaper ways to do that than to saddle students and universities with onerous regulations that are especially costly during a pandemic. Whatever the legal merits of ICE’s rule changes and change‐​backs are and the response by the universities, there is no good national security justification for restricting online instruction for those on student visas.