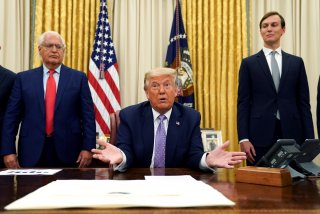 In a recent blog post, I predicted that many businesses will decline to participate in the payroll tax deferral that President Trump announced on August 8. In the short time since that announcement, numerous business organizations have confirmed their wariness about participation.

Employers who participate in the deferral will stop withholding the 6.2 percent Social Security tax from their workers’ paychecks during the last four months of 2020. They will presumably be required to withhold extra amounts from the workers’ paychecks in 2021 to repay the deferred taxes, although the details are unclear because the Treasury Department has not yet issued the necessary guidance.

In a recent letter to congressional leaders and Treasury Secretary Steven Mnuchin, 33 business organizations stated that “many of our members will likely decline to implement deferral, choosing instead to continue to withhold and remit to the government the payroll taxes.” The organizations explained that it would be “unworkable” for employers to let each employee decide whether or not her taxes would be deferred and that it would be “unfair” for employers to force employees to defer and thereby expose them to additional taxes next year. The letter was signed by the US Chamber of Commerce, the National Association of Manufacturers, the S Corporation Association, and an array of industry associations.

Bill Arnone, the CEO of the National Academy of Social Insurance, recently commented, “Every employer I’ve talked to has said we are not going to do this. It is not good for administrative complexity, and worse, it’s an employee relations disaster.”

In a letter to Treasury and the IRS, the American Staffing Association expressed concern that employers might be liable for the deferred taxes of workers who left their jobs before repayment began. The association noted that such problems would be particularly severe for staffing agencies and warned that “such uncertainties could prompt employers to simply continue withholding and remitting the taxes.”

Payroll processors are concerned that they cannot prepare for the deferral without guidance from Treasury. The National Payroll Reporting Consortium recently observed that many businesses will not be ready to participate by September 1.

Indeed, it is hard to imagine how any business could be ready a week from today.

Meanwhile, National Economic Council director Lawrence Kudlow has created further confusion by suggesting that repayment of the deferred taxes could occur over a period of five to eight years. His suggestion contradicts the law that the administration has cited as authorizing the deferral, which allows Treasury to extend tax deadlines for only one year.

In my previous post, I said that “many employers will surely hesitate to wade into this quagmire.” As the quagmire approaches, the hesitation appears to be widespread.