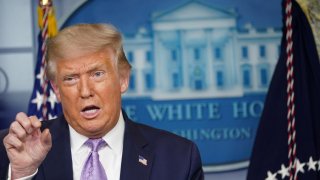 Donald Trump has made good on his threats against Chinese‐​owned tech companies, issuing executive orders that aim to effectively ban not only the popular video sharing app and platform TikTok, but also the Chinese‐​owned messaging app WeChat as of September 20. The former is a platform for speech and expression used by millions of Americans, but the order targeting the latter may ultimately be even more disruptive. WeChat’s massive popularity in China—it’s the most popular app in the country by a huge margin, with more than a billion users worldwide—makes it an essential tool for Americans (and visitors) communicating with family, friends, and business contacts there.

WeChat isn’t just used for messaging either: it’s also a major payment platform with hundreds of millions of active users (vastly more than domestic equivalents like Apple Pay), which makes the order barring “transactions” with the company a grievous self‐​inflicted blow to any American company trying to compete in Asian markets. It will also disadvantage American makers of mobile devices, who will be stuck trying to sell Asian consumers hardware on which they may not be able to easily install the single most popular piece of software.

And while the “national security” case for targeting TikTok may be little more than an effort to benefit American corporations by forcing the app’s parent company, ByteDance, to sell it off on the cheap, it is harder to see how WeChat, with its primarily Chinese user base, could spin off its American operations as a separate, viable company. Concerns that the app is a target for Chinese surveillance are at least more reasonable in the case of WeChat than TikTok, but insofar as users in the U.S. are most often using it to communicate with people in China, that’s a risk that applies equally to traditional phone calls and text messages: When you communicate with people in another country, there’s a risk that country’s government will be listening in.

Moreover, the order will do nothing to address its putative concern that WeChat is used to monitor the “personal and proprietary information of Chinese nationals visiting the United States”—most of whom will presumably arrive in the U.S. with their own mobile devices and software brought from home.

The TikTok order is similarly incoherent: It notes that many federal agencies have already (and reasonably) barred the app’s installation on government devices, which is meant to underscore the seriousness of the threat, but leaves it mysterious why Americans who don’t work for the government must be forbidden from making their own decisions about whether the app poses an unacceptable risk.

This is a radical departure from the position the United States has always previously adopted, and still reflected on the Web site of the United States Trade Representative, in a “fact sheet” posted earlier this year:

The USTR specifically condemns China’s “sweeping restrictions on cross‐​border data transfers and broad‐​based data localization mandates.” Yet the logic of the Executive Orders is effectively a demand for data localization. If TikTok can be sanctioned because of the mere theoretical possibility that the company could be ordered to share data stored in the U.S. with China, then virtually any foreign‐​owned technology company operating in the U.S. could be similarly targeted. (And since, like China, the United States allows the government to secretly demand foreigners’ data from U.S. firms without warrants, other countries would be amply justified in targeting our companies in turn.) After decades of demanding that other countries allow American companies to compete fairly in their markets, we have announced a policy of passing a death sentence by executive fiat on foreign companies that manage to compete too successfully in our markets.

Much like the Trump administration’s invocation of “national security” as a pretext for imposing tariffs on Canadian aluminum without congressional approval, the orders sanctioning TikTok and WeChat reek of capricious economic nationalism wrapped in a gossamer‐​thin security rationale. They are comically hypocritical, dangerous to free expression, and a ruinous attack on the open global digital market the United States used to champion so vigorously.

This article by Julian Sanchez first appeared in CATO on August 13, 2020.