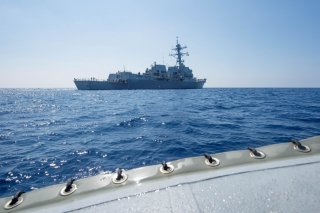 Here's What You Need to Remember: How to deflate China’s narrative? Rather than put in the occasional fleeting appearance, friends of navigational freedom should show up in disputed waters such as the South China Sea, and they should stay. Constancy should be their watchword.