Don't Mess with the Finns: Even In Their 1944 Defeat, They Fought Brilliantly 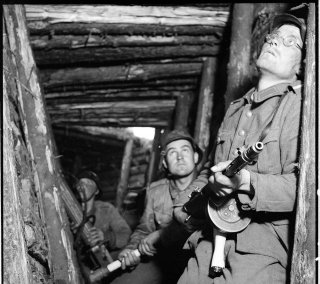 -Intelligence analysis can’t be neglected and the expectation that the enemy will continue to operate in the pattern they’ve “always” done is extremely dangerous.

-Determined and well-trained army can turn around a desperate situation and turn from a failed paradigm into a new and successful one in a matter of weeks. In this case from static defense with infantry into combined arms operations where infantry, armor, artillery, air-force and special operations forces work seamlessly together to defeat a vastly superior enemy in a meeting engagement.

-Don’t mess with the Finns, this offensive caused 189 000 men in KIA, WIA and MIA to the Red Army, even they had a limit to the casualties they could sustain.