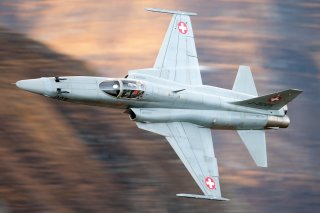 Here's What You Need to Remember:  The Iranians with their four-decade-old F-4s, F-5s, and F-14s might not seem to have a chance against the Americans flying arguably the world’s most advanced fighter aircraft. But history and recent testing show how Iranian pilots flying old planes could defeat Americans flying brand-new ones.