Downed Vietnam Pilots Could Count on the Kaman HH-43 Huskie 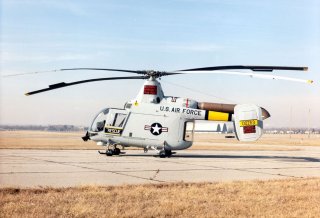 Here's What You Need to Remember: From 1966-1970, the crews of the Huskie performed a total of 888 combat saves including 343 aircrew rescues and 545 non-aircrew rescues.