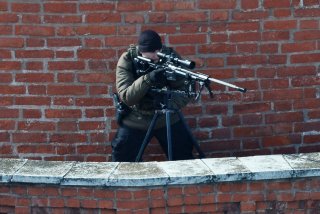 Here's What You Need to Remember: Overall, the SVDK provides a powerful semi-automatic sniper system that can defeat body armor within 600m, at a relatively light weight of 6.5kg. There are no comparable NATO systems to the SVDK.