Drone Swarms Could Be Too Fast to Handle. Is AI the Answer? 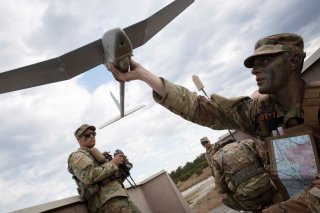 Here's What You Need to Remember: AI-capable drone defenses can already gather, pool, organize and analyze an otherwise disconnected array of threat variables, compare them against one another in relation to what kinds of defense responses might be optimal and make analytical determinations in a matter of milliseconds.