Drone Vs. Drone: What If Iran Tried To Swarm American Ships With Unmanned Suicide Speedboats? 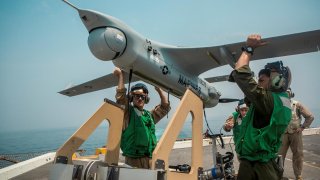 Here's What You Need To Remember: The Navy's best answer to speedboats may be attack drones.