Drug Prices Should be Based on Therapeutic Benefits, Not Market Value 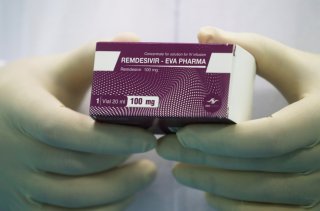 The U.S. pharmaceutical industry has innovated in response to the pandemic, providing not only vaccines but also therapies to treat people with COVID-19. But an outdated law designed to spur development of lifesaving drugs risks making new treatments – for COVID-19 as well as other diseases – unaffordable for many Americans.

Many pharmaceutical companies rely on the Orphan Drug Act, which President Ronald Reagan signed into law in 1983, to bring cutting-edge treatments to market quickly. The act gives pharmaceutical companies tax credits, market exclusivity and other incentives to develop drugs for “orphan” diseases, which are defined as illnesses that afflict fewer than 200,000 people in the U.S. Such diseases include amyotrophic lateral sclerosis and Tourette syndrome, but also ones like malaria that are rare in the U.S. but are major killers globally.

But, as scholars and access-to-medicines advocates have argued, the Orphan Drug Act has flaws that risk keeping prices high.

I’m a bioethicist who has studied global health and access to essential medical innovations. I believe there’s an alternative to that modifies the rewards the Orphan Drug Act offers based on the value of a drug – its impact on global health.

Before policymakers passed the law, pharmaceutical companies focused their efforts on developing treatments for mainstream diseases that afflicted millions of people. It was their way to maximize profit.

But the Orphan Drug Act, in addition to creating tax incentives and credits, enables companies to get a priority review voucher that effectively extends the length of their patent on a drug of their choice. That’s because when the FDA reviews a drug quickly, the medicine can be sold under patent for longer. Companies can sell this voucher for millions of dollars to other pharmaceutical companies.

The Orphan Drug Act was brilliant, until pharmaceutical companies began to find loopholes. Companies could obtain orphan drug status for an ever-growing collection of diseases that officially qualify as rare but were actually just subpopulations of very common diseases. For example, Humira, made by AbbVie, is the best-selling drug in the world for rheumatoid arthritis and other inflammatory diseases, and yet it received orphan drug status for juvenile rheumatoid arthritis.

As hundreds of Americans are still dying from COVID-19 every day, new treatments are essential, and it’s imperative that they’re affordable.

When the COVID-19 pandemic first came to the U.S., and fewer than 200,000 people here were sick, Gilead applied for orphan drug status for the antiviral drug Remdesivir – one of the only existing treatments for SARS-CoV-2.

There was big public outcry that Gilead was abusing the system to get taxpayer benefits and more market exclusivity even though Remdesivir was developed with public funding. Gilead was repurposing Remdesivir for COVID-19, and it was clearly going to be sold to a mass market. After significant public backlash, Gilead retracted its orphan drug application.

Companies are still trying to repurpose orphan drugs for the COVID-19 mass market while keeping the high price tag. This is the case with Pembrolizumab, an orphan drug for melanoma and gastric cancer that is currently being tested as a potential medication for COVID-19. It costs US$5,834 per 4 milliliters, a price the majority of Americans simply cannot afford. Companies are testing many other orphan drugs for COVID-19 as well. In 2018, the average cost of an orphan drug was $150,854 per patient per year.

Companies also claim credits for drugs that are neither novel nor important. Companies often repurpose old drugs to treat orphan conditions that may have been used to treat patients “off label” – or without official FDA approval – for a long time. Sometimes companies find orphan diseases that can be treated with their blockbuster drugs. Or they slice major diseases, like breast cancer, into smaller and smaller parts to get an orphan drug designation. For example, almost any cancer can be subdivided based on genetic differences until the population of those suffering from it falls below the 200,000 orphan drug threshold. Herceptin is used to treat breast cancer, but AstraZeneca and Daiichi Sankyo received orphan drug designation for testing the drug for gastric cancer, despite the fact that it is a blockbuster drug.

How to fix the orphan drug problem

Some regulators and researchers propose limiting the length of market exclusivity for orphan drugs if a disease no longer qualifies as orphan, or after six years. Others suggest only granting orphan drug status for new compounds or those that will not otherwise be economically viable.

The government can still reward companies for their efforts with tax and research incentives and give them priority review vouchers for new innovations. But I propose that these rewards should be based on their innovations’ health impact, and companies should agree to open access licenses that allow generic companies to produce these drugs as well. The more lives companies’ innovations save, and the greater the improvement in quality of life, the greater the reward.

Researchers can extend existing analysis of medicines’ global health impact for this purpose by considering the need for, access to, and effectiveness of new innovations. So, for example, if two new drugs were invented for an orphan disease, but one saved 10 times as many lives, the first drug would get 10 times the rewards – in terms of tax benefits, length of exclusivity, and other benefits.

I also think that orphan drugs’ production should be made open access to bring costs down to the marginal cost of production. Doing so is better than rewarding companies based on patients’ willingness to pay. Right now, companies make the most money by selling drugs to rich patients for chronic conditions like allergies that they can treat but do not cure.

My proposal is to uncouple profits from sales volume and reward companies based on the health impact of the new therapy, if they agree to allow any company to manufacture the resulting products.

Tax breaks and the length of the FDA review process specified in the voucher might be based on how many lives new innovations save and how much disability they alleviate. There are already some prize funds that reward companies for doing research on diseases that do not affect many people in the U.S. but are big global killers. Similarly, so-called advance market commitments often reward companies for creating new medicines that have a large impact. And economic evaluation based on health impact can help us set appropriate thresholds for rewards.

Right now, companies focus on providing new treatments for chronic diseases of rich patients rather than on having the greatest health impact. That’s how they make the most money. Changing this system would shift the the whole pharmaceutical industry’s priorities.