Dynamic Duo: The Stealth F-35 and New F-15X Join Forces in the Sky 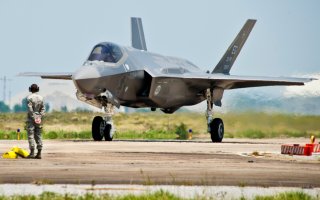 Here's What You Need to Know: In a future air fight, the more stealthy F-35A could get closer to enemies, spot them, then relay targeting data back to F-15Xs, which could launch missiles at threats from a safe distance.

In January of last year, the first Red Flag exercise of the year began, pitting the USAF and various partners against various realistic air-to-air combat scenarios.