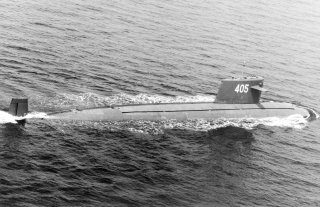 Here's What You Need To Remember: Submarines are suppose to be stealthy. Beijing, it seems, did not get the memo.