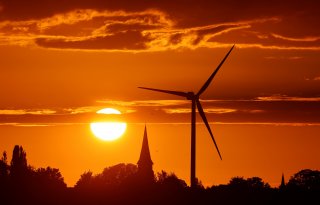 I hesitate to write about the “degrowth” or “steady state economy” movement since it is likely to cause a terminal case of eye-roll in many readers. But it seems to be a burgeoning idea in Europe. (Recall teen climate activist Greta Thunberg’s stern lecture about “fairytales of eternal economic growth.”) And when I reviewed the policy agenda for the Center for Advancement of the Steady State Economy after noticing a tweet from the group, I started wondering how many of its policy goals would meet with approval by populist progressives on the left and populist nationalists on the right. Quite a few, I think.

To summarize (and I am quoting and paraphrasing the CASSE website here): A steady state economy is one of “stable or mildly fluctuating size” after a period of degrowth “downsizing.” Population and consumption are stable. A steady state economy “may not exceed ecological limits.” As for the agenda? Well, it would make a nice companion to the infamous 1970s eco-pessimist report, The Limits to Growth. The degrowth/steady state agenda wants limits to growth and just about everything else, it seems. Fiscal and monetary policy that limits growth. Limits to income and wealth inequality, including limits on maximum and minimum income. Limits on work by the day, week, and year. Limits on the “sprawl.” Limits on trade. Limits on globalization of all sorts. And my favorite: “Limit the scope of advertising to prevent unnecessary demand stimulation and wasteful consumption.”

Obviously this particular vision of the future is rooted in a kind of old-school environmentalism that views market capitalism and its supposedly neverending consumerist need for MOAR! as inherently rapacious and toxic. Silent Spring, Summer, Winter, and Autumn. Maybe more compelling for the populist right is that degrowth/steady state thinking would seem to reject the natural churn and competition (whether from immigrants, foreign firms, domestic upstarts, or technology) of a healthy, open, and vibrant entrepreneurial economy. That syncs with the pro-stasis message of the populist right, which seems to be about protecting current jobs and offering a fuzzy promise of stability or lifetime employment built on nostalgia for the postwar American economy.

My opposition isn’t just about iPhones (or creating whatever the Next Big Gadget or Service is) or reducing global poverty or increasing opportunity here at home or making lives longer and healthier. Nor is it just about the societal impact we’ve just seen from a period of subpar economic growth where it seems like too many can’t get ahead — that, even if perception doesn’t quite match economic reality.

It’s also this: Even as degrowthers and steady staters build a movement that runs counter to the past half-millennium of human direction, the climate danger continues to grow. When President Trump tossed out that “I don’t think science knows” line on Tuesday about climate change, he was not totally wrong. Science knows a lot about climate change, but there is also a lot yet to be learned. That uncertainty about how carbon emission impacts a complex system like global climate argues for continuing to generate technological progress and economic growth to create the capabilities and resources needed to deal with known unknowns and unknown unknowns. If you’ve made it this far, please check out this relevant discussion from 2019: “How can innovation and capitalism save our planet? A long-read Q&A with Andrew McAfee.” McAfee is the author of More from Less: The Surprising Story of How We Learned to Prosper Using Fewer Resources ― and What Happens Next.