Empire Or Bust: 5 Times The British Military Couldn't Get The Job Done 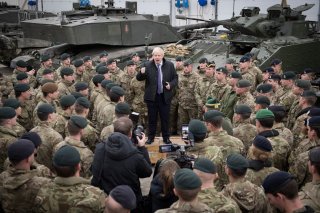 Here's What You Need To Remember:  The British could have ended the North African campaign then and there if their armor had struck decisively against the isolated German armor. But as at Singapore, British commanders were strangely lethargic, sending their armor in small, uncoordinated packets against the concentrated German defenders. Poor tactics compounded the problem; British tanks attacked without infantry or artillery support that would have neutralized the devastating lines of German anti-tank guns.