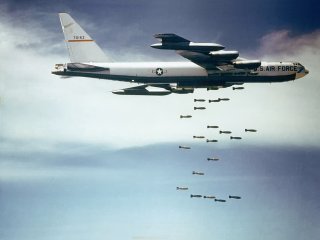 Here's What You Need To Remember: U.S. nuclear strikes in Vietnam might have compelled the USSR and/or China to respond. The Soviet Union could not afford another loss of face only four years after the Cuban Missile Crisis and might well have supplied North Vietnam with tactical nukes.

Steve Weintz is a writer, filmmaker, artist, animator. Former firefighter, archaeologist, stuntman. This article first appeared several years ago and is being republished due to reader interest.