Every Stealth Fighter Has 5 Achilles Heels 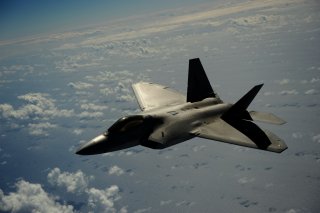 Here's What You Need to Remember: Aside from colossal opportunity costs (i.e. what else could that money have been spent on?), this comes with a major military drawback: the Air Force simply doesn’t have enough of them, potentially a crippling operational liability in the event of a full-scale conflict with another great power.