Every Year, Russia's Navy Gets Less and Less Competitive With America's 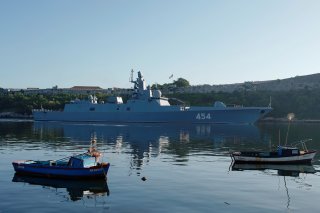 Here's What You Need To Remember: The United States is pushing more money towards the Navy, fearing new threats such as the rise of China. Russia, the "traditional" enemy, simply can't keep up.