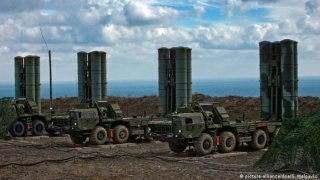 Here’s What You Need to Remember: The S-500 is reportedly capable of intercepting hypersonic cruise missiles and other aerial targets— including unmanned aerial vehicles (UAVs) and potentially even certain types of low-orbit satellites—flying at speeds of over Mach 5.