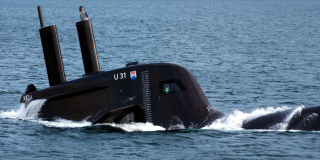 After the end of World War II, the Towns continued to serve.  Several contributed fire support in Korea and elsewhere, including Suez and Malaya. One ship, HMS Belfast, survives as a war memorial on the Thames.

States have changed the way in which they approach the ship “class.”  The ten Nimitz class aircraft carriers were built over a period of forty years, with the newest ships incorporating innovations that were unimaginable in older vessels.  The Flight III Arleigh Burke destroyers will share a name and a hull with their older sisters, but not much else. The slower pace of ship construction, combined with the faster pace of technological innovation, may eventually render the “class” concept entirely obsolete.  Nevertheless, it will remain an important historical marking for organizing warships.