Explained: Mines Will Be Critical in a U.S.-China Naval Conflict 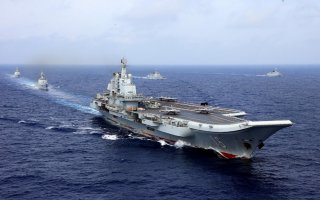 Here's What You Need To Remember: It needs to be stated one more time that the U.S. Navy’s recent record in coping with the mine warfare challenge is not particularly encouraging. An official history of the U.S. Navy in the Persian Gulf War calls out MCM problems as the service’s primary shortcoming in that conflict.

Editor’s Note: The following is part an occasional series called Dragon Eye, which seeks insight and analysis from Chinese writings on world affairs. You can find all back articles in the series here. This article first appeared on TNI in 2014.