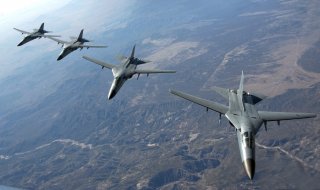 Here's What You Need To Remember:  Though the Aardvark was good at its job, it had high maintenance costs, and the Air Force judged that its fleet of F-15E Strike Eagles could take care of shorter-range attack missions, while B-1 bombers could handle longer range strikes.

Gaddafi managed to escape thanks in part due to a last-minute warning from the prime minister of Italy. Eight of his children and his wife were wounded, and his infant adopted daughter Hanna reportedly killed. (There is some controversy as to Hanna’s identity and whether she survived). Though Gaddafi was shaken, he went on to instigate further terrorist attacks, notably the hijacking of Pan Am 73 and the bombing of Pan Am 103 over Lockerbie, Scotland.