The F-15 is Really Old (But Still Great) 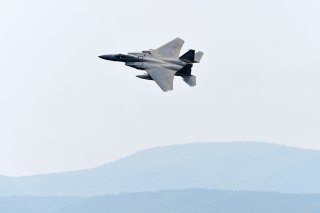 Here's What You Need To Remember: The lack of a current, viable replacement means it will be at least until the early 2030s before the remaining C and E models are retired. The F-15 airframe in all its flavors will almost certainly spend an impressive half-century in active service— a first for a front line U.S. Air Force fighter.