The F-16 Falcon Looks to Lasers to Keep Fighting 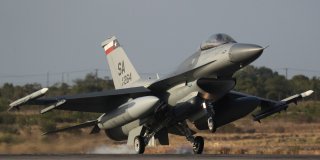 Here's What You Need to Remember: Most modern air-to-air missiles are highly sophisticated and expensive weapons that rely on costly infrared or radar seekers.