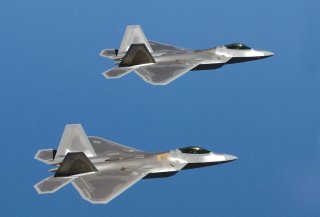 Here's What You Need to Remember: Would anyone ever really have missed the F-22 if it had not existed? In an important sense the answer is “no,” at least thus far. The F-22 has enjoyed the unusual distinction of holding an almost universally acknowledged dominance in the core air superiority mission for over a decade, and yet has not participated in a consequential way in any military conflict.