The F-22 Raptor: The Plane That Has No One To Fight 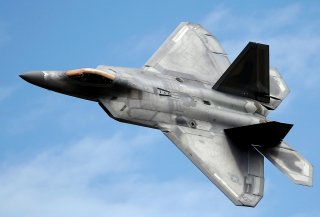 Here's What You Need To Remember: The F-22 was built for near-peer competition at a time when it had no peers.