The F-35 Fighter Is Here, But Some Countries Still Prefer the F-5 Tiger 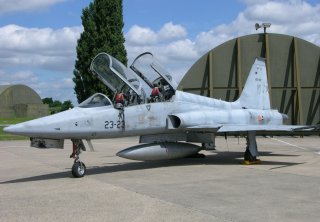 Here's What You Need To Remember: The F-5E modernization program continued through the 2000s and 2010s, with the final jet being delivered in 2013. Eleven additional F-5Es were acquired from the Jordanian Air Force in 2009 to increase the number of the type in FAB service.