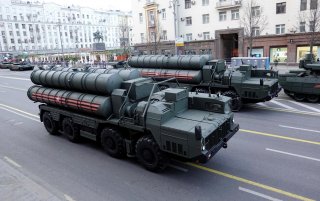 Key Point: It's an impressive system, but Russia could fear that releasing the S-500 would poach on the massive export success of the S-400.

Image: Russian servicemen sit in the cabins of S-400 missile air defence systems in Tverskaya Street before a rehearsal for the Victory Day parade, which marks the anniversary of the victory over Nazi Germany in World War Two, in central Moscow, Russia April 29, 2019. REUTERS/Tatyana Makeyeva