F-4: This U.S. Plane Once Fought in Vietnam. Now It Serves Iran. 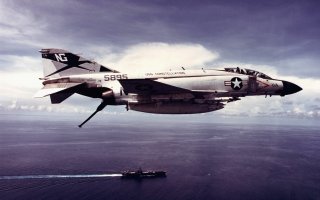 Here's What You Need to Know: Though the F-4 was eventually replaced by more capable F-15s and F-16s, both frames drew on lessons learned from the F-4s service history.