Fact: This is the Only Vessel To Be Sunk by a Nuclear Submarine 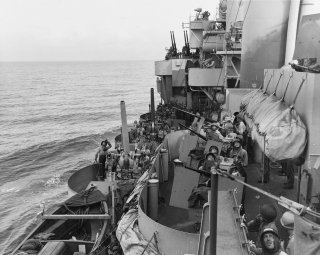 Here's What You Need to Remember: Laid down in 1935 and commissioned in late 1938, the USS Phoenix was present at Pearl Harbor, but escaped the attack unharmed. By the afternoon of the attack, Phoenix was part of a task force hunting the Japanese task force.