Fact: The Soviet Union Was Behind North Korea's Military Rise 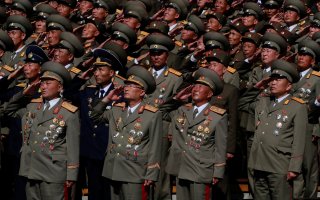