Fact: You Can Get Sued for Petitioning the Government 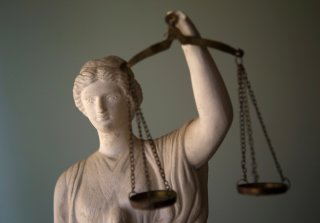 It is the right of all citizens to petition the government without fear of punishment or retaliation. This is not only an essential individual right, but often necessary for the government to remain informed and make better decisions. Yet, when Maggie Hurchalla reached out to her county commissioners about a development plan and expressed her environmental concerns about the project, she was hit with a lawsuit.

Ms. Hurchalla is an environmental activist in Florida. She heard that the Lake Point development project may not be meeting environmental standards and emailed the county commission responsible for supervising the project. The county had already heard similar concerns and had initiated an investigation, which ultimately ended the project. In response, Lake Point sued everyone. The developer sued the county for stopping the development and Ms. Hurchalla for “tortious interference” in its business. The suit dragged on for years in Florida courts, culminating in a multimillion‐​dollar judgment against Ms. Hurchalla.

The case should not have gotten that far. This was a Strategic Lawsuit Against Public Participation (SLAPP) suit. Under the First Amendment, citizens have a right to petition the government for redress of grievances without fear of retaliation. The petitioning action does not need to be accurate, articulate or relevant. Private parties, however, often have vested interest in certain speech not being heard. SLAPP suits are tools that use the power of the courts to discourage speech.

Courts have mechanisms for throwing out frivolous claims, but SLAPP suits are often disguised as serious claims and evade these procedures. Win or lose, SLAPP suits often drag on, exhausting the bank accounts of private citizens and provoking the stress of a potential disastrous judgment. For this reason, many states have developed anti‐​SLAPP statutes that allow courts to stop these suits in their infancy, but they’re not failsafe, as with this case.

Having exhausted her appeals in the Florida courts, Ms. Hurchalla has now filed a petition to have her case heard by the U.S. Supreme Court. Cato has now joined the Protect the Protest Task Force and Institute for Justice on an amicus brief supporting her petition. We argue that the Court should apply a line of cases, developed in other business law SLAPP contexts, to SLAPP suits based on “tortious interference”—and that Lake point used the power of the court to discourage speech to government officials in violation of the First Amendment.

The Supreme Court will decide later this fall whether to take up Hurchalla v. Lake Point Phase I, LLC.