Failure at Philippines: How 12,000 U.S. Soldiers Surrendered to Japan 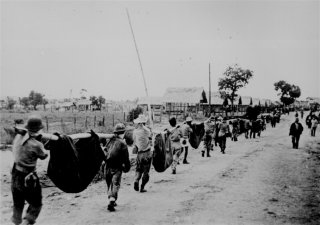 Here's What You Need To Remember: Nonetheless, the Bataan troops fought bravely and inflicted heavy losses. But unless the U.S. Navy could instantly resurrect the sunken battleships at Pearl Harbor, the Philippines were doomed. Backed by heavy air support, the Japanese eventually broke through the lines of starving and ill defenders.