Falling Short: China Has Left the Japanese Navy in the Dust 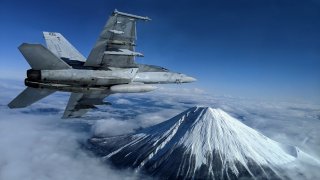 Both capitals would show they had skin in the game if they made national components of the force indivisible. Leave no doubt.

And, of course, part of the alliance challenge is military in nature. As Yoshihara notes, Chinese specialists regard the JMSDF fleet as unbalanced and thus question its efficacy as a standalone force. And they are correct to a point. From its founding the JMSDF has filled niche capabilities where the Japan-based U.S. Seventh Fleet falls short. Undersea warfare—subs, sea mines—is one. The JMSDF fleet, moreover, is organized into escort squadrons designed to ride shotgun for U.S. carrier and amphibious formations as well as execute solo missions. One Chinese commentator crows that Japan “paid a grievous price” by configuring its fleet to plug into U.S. naval operations. Others discern shortfalls in amphibious transport, logistics, weapons range, and aircraft-carrier construction.

Yoshihara’s remedy: “Japan needs to rebalance its portfolio of capabilities.” Tokyo must put to sea “smaller, cheaper, more numerous, and redundant systems, including heavily armed missile craft,” to serve alongside pricey “exquisite systems” such as Aegis destroyers and light aircraft carriers. A rebalanced and more numerous fleet would be a more resilient fleet should the one-on-one fracas Chinese strategists actually take place. That prospect should give Beijing pause. But again, if political leaders in Tokyo and Washington do their jobs, they will persuade Beijing that the PLA will inevitably face a united U.S.-Japanese opponent should Chinese forces venture into combat.

The allies must leave no political space between them. Let’s put the dragon on notice that it must duel the eagle as well as the sun.

Lastly, haste. Trends have run China’s way for years now. It will take resolve and resources for the allies to flatten the curve—and bend the trendlines in their favor once again. The time for dawdling is over.

James Holmes is J. C. Wylie Chair of Maritime Strategy at the Naval War College and coauthor of Red Star over the Pacific. The views voiced here are his alone. This article first appeared two years ago.