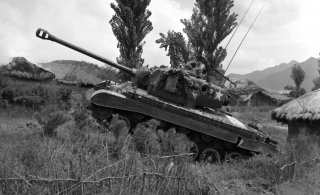 Here’s What You Need to Remember: The Battle of Bloody Ridge had been a fierce, and inhumane struggle, in which even many of the survivors would suffer the psychological effects of the war for decades. The American and Korean side suffered almost 3,000 casualties. The North Korean and Chinese side, however, suffered a hardly-imaginable 15,000.