Fighter Roadmap: The Plan for the Air Force's Fleet of the Future 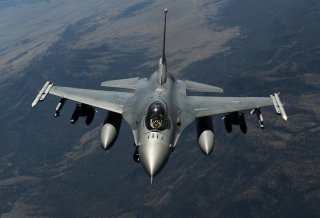 Here's What You Need to Know: The F-15 Eagle and F-16 Fighting Falcon are essentially 1980s-era platforms designed for a different era and different enemy decades ago. Ultimately, there are limits to how many upgrades can be made to these aircraft before they eventually slide into obsolescence.

The Air Force is moving with a sense of urgency to bring its new Fighter Roadmap to life. The military service has been pursuing a force structure and tactical vision intended to fully prepare for high-end “peer” warfare in the skies.

The plan considers many nuances and variables. The major thrust of it could be described as an effort to add more fifth- and sixth-generation aircraft to the fleet and move away from decades-old “legacy” fourth-generation fighting platforms designed in the 1980s. This means more F-35 fighter jets, more new, yet-to-exist sixth-generation aircraft, and even the addition of some F-15EX Eagle II jets would be added to the mix. Less money would be spent on upgrades and service-life extensions for fighter jets intended to face a Soviet threat decades ago.

For example, the F-15 Eagle and F-16 Fighting Falcon, while upgraded and projected to stay in the force for years to come, are essentially 1980s-era platforms designed for a different era and different enemy decades ago. Ultimately, there are limits to how many upgrades can be made to these aircraft before they eventually slide into obsolescence.

Part of this problem was created in the aftermath of the Cold War, which is when the United States spent thirty years in the Middle East destroying Iraq in the Gulf War and pursuing twenty years of counterinsurgency in Iraq and Afghanistan. During this time, the Air Force enjoyed unparalleled or uncontested air superiority. But also, during this time its focus on its major near-peer adversaries was reduced or overshadowed.

Unless the Air Force makes some changes, it could become irrelevant and eventually face what Kelly called “kinetic defeat” against a superior enemy. The Fighter Roadmap is intended to build upon the military service’s shift from seven fighter platforms to “four plus one.” That means Cold War-era aircraft have been reduced from four thousand aircraft down to two thousand or fewer aircraft. Meanwhile, new fighter jets such as the F-35 fighter jet and nascent Next Generation Air Dominance (NGAD) sixth-generation fighter will explode onto the scene in larger numbers. Four plus one essentially amounts to the prioritization of NGAD, F-35 fighter jets, F-15EX Strike Eagle, F-16 Fighter Falcon and “right-sizing the A-10 Thunderbolt II.”

“The continued use of legacy aircraft has become costly to both fly and repair,” according to an Air Force press statement on the Fighter Roadmap. This effort to streamline the fighter fleet by transitioning to NGAD, F-35 Lightning II, F-15EX Strike Eagle, F-16 Fighting Falcon and right-sizing the A-10 Thunderbolt II will ensure the capability, capacity and affordability required to meet the peer threat.”

Despite the urgent need for change, this transition won’t happen overnight. It will take a decade or two to fully flush out and replace the legacy force. During this time, the fourth-generation aircraft will be completely overhauled or revamped to meet a new threat environment. However, even an upgraded or reworked fourth-generation aircraft, such as the F-15EX Eagle II will eventually hit a wall of capability, given that a non-stealthy airframe will be severely limited in any kind of major engagement against enemy fifth-generation fighters. The Air Force may even make a massive sixth-generation buy or increase its number of F-35 jets.

“We need to pivot a force that has spent thirty years in the Middle East,” Kelly said.